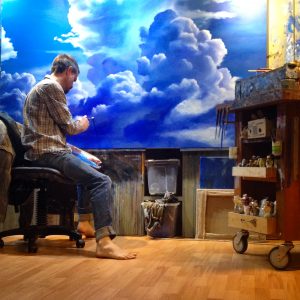 Based in Perth, Western Australia and spent many years traveling around the outback looking at the great scenery this place has to offer, the most formative experience of which was living in the northern Kimberley town of Kununurra for a large part of his childhood which lead him towards his chosen career path. Entirely self taught, Ben’s work endeavours to capture his surroundings in a realist manner while still maintaining some painterly aspects to his pieces.

Finalist in the 2016 Bluethumb Art Prize

Selected as one of 25 artisits to display work at Telethon Speech and Hearings “Young Artists with Attitude” exhibition , Burswood Intercontinental Hotel , June 2008