The second painting in my 99 bottles of beer series - Sapporo!

Sapporo is the oldest brand of beer in Japan.

I've added a "Beer paintings" tag, if you click that you can view all of them in a row without all the other stuff from the blog

From Wikipedia :
Sapporo Breweries Limited is a Japanese brewery founded in 1876. It was first brewed in Sapporo, Japan in 1876 by the German-trained brewer Seibei Nakagawa.
Their world headquarters are in Ebisu, Shibuya, Tokyo and I've been there, sugoi!

Below are the colours used for this one - similar to the last painting but I added Old Holland Red Umber, Grumbacher Quinacridone Orange and Michael Harding Transparent Red Oxide 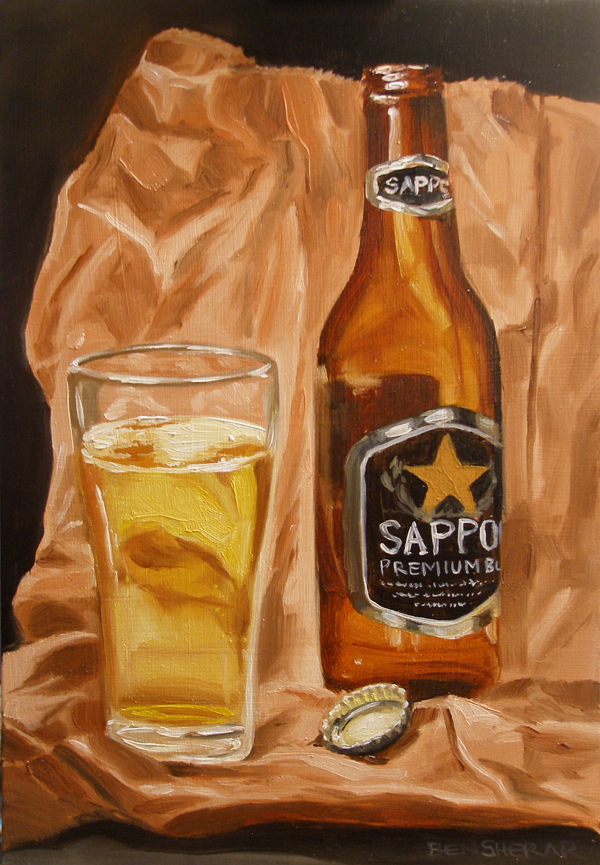 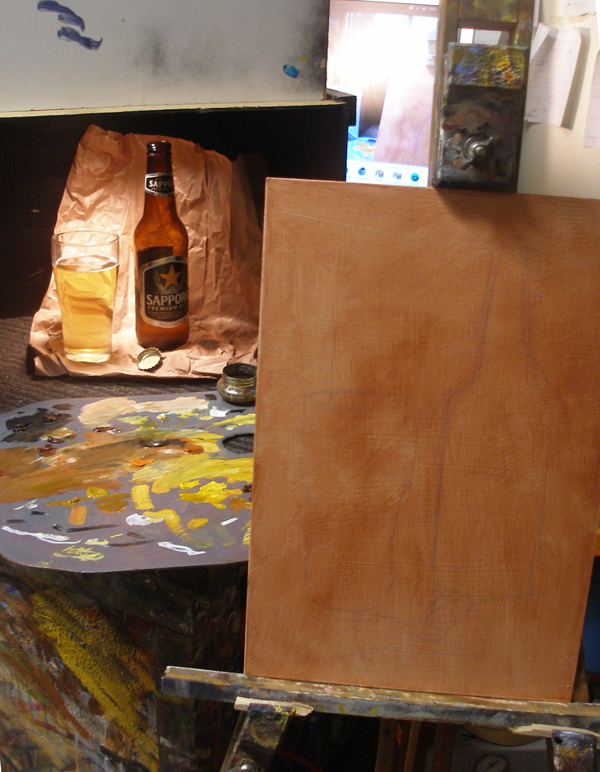 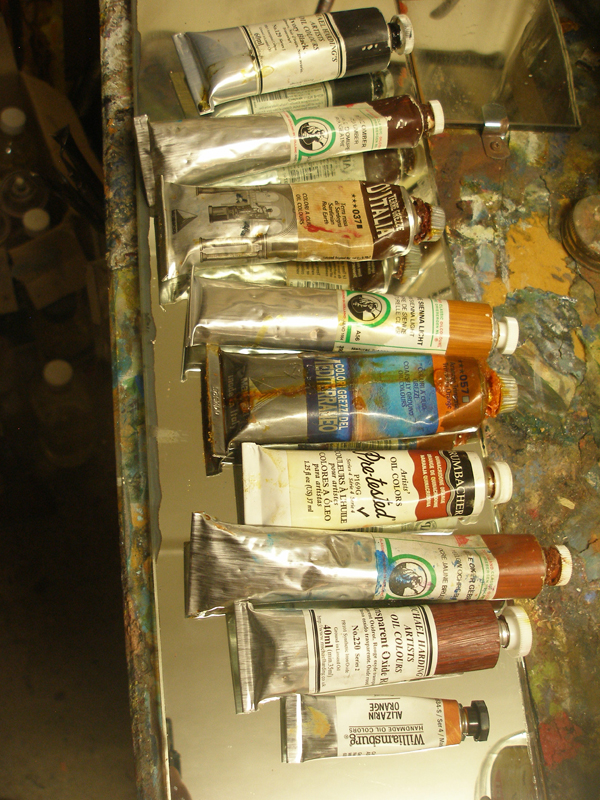