Beer number 9 in my 99 paintings of bottles of beer series - We're back to Australia with a beer from Bootleg Brewery in Margaret River!

This one is Prohibition Pils, better tasting than the previous one to me, that might have something to do with the imported Saaz and Hersbrucker hops and good down-south rainwater used to brew it.

You can read all about the history of Bootleg Brewery and the 6 generations of WA settlers before them here , cause I can't be bothered sifting through and re-typing the relevant bits, it's 2:11 in the morning and I've got another beer post to do after this...

For some reason I can't get the pic quite right - the colours are off making this look more orange than the painting actually is..

And below - I cut down on colours cause the label is black and white!
I could probably get away with one or two less yellows/oranges but the subtle colour changes whene the poured beer is in front of the lit up paper bag make having those extra colours useful 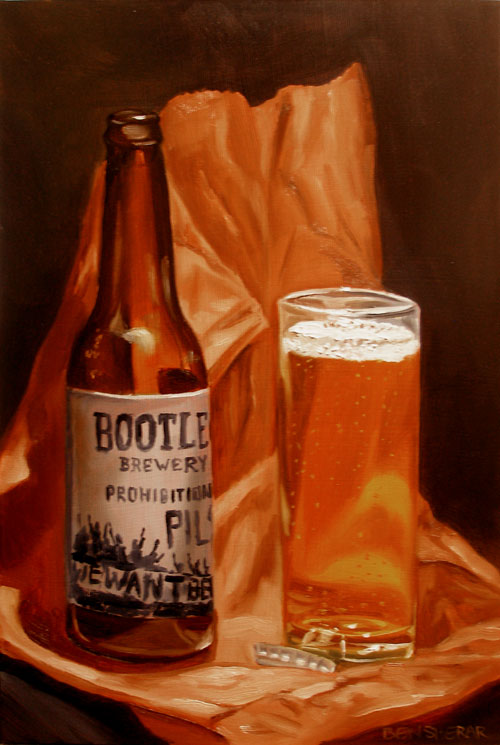 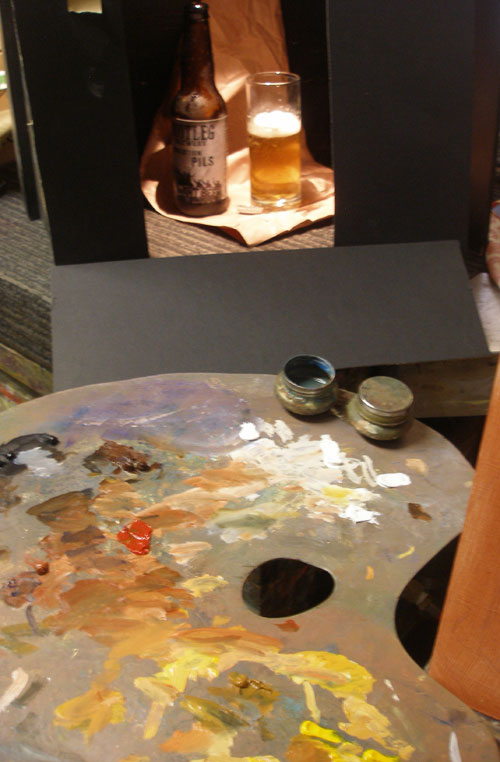